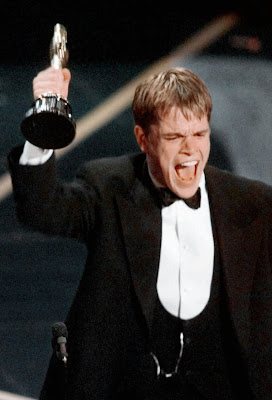 It's time for another round of Best Of Lists.

ELYSIUM stars the great Matt Damon, making it a perfect time to take a brief look back at our favorite films of his long and varied career. I have always respected Damon for his talent and his ability to poke fun at himself. I know that in TEAM AMERICA: WORLD POLICE he was the butt of the joke, but I thought that was unwarranted (even though it was hilarious). He's done some good ones, some great ones and some that you'd rather forget, but for my money, he is one of the best working actors. Please enjoy, 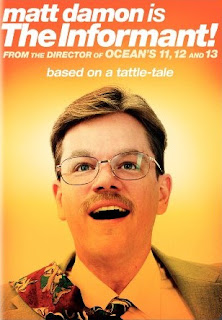 #5 - Ocean’s Eleven
Part of a large ensemble sure, but makes the list because it is just so darn good. I'll automatically disregard cameos, but not ensemble roles - especially if he's an integral member (we're not talking about Scott Caan here).

#4 - Saving Private Ryan
Again, an ensemble and Damon is missing for more than half the film, but when he does show up, he adds so much depth and emotion to the film. He is the crux of the second half. The film is about brotherhood, and by the end Damon was one of them too.

#3 - The Informant!
I love this movie. It is hilarious. And why it is not more loved, I will never know.

#1 - Good Will Hunting
How could this not be #1? Fantastic, near perfect film. Bonus points for co-writing the screenplay with Affleck.

Honorable Mention:
Dogma (religion can be funny!)
Rounders (back when poker was the most popular thing in the world)
The Good Shepherd (Sure it has its problems, but I will defend this movie to my death as at least a decent film felled by over-ambition and poor editing)

Okay, Chris's list is not bad, but as always, I have some issues with a few of his choices.
Of course, OCEAN'S ELEVEN and SAVING PRIVATE RYAN are great movies.
However, they are ensemble pieces and I don't know if Damon's small roles make them list-worthy.
I know he's the title character in SAVING PRIVATE RYAN, but he is like the fifth or six lead.

Also, I have a serious beef with one of his honorable mentions.

#5. SCHOOL TIES- Damon is a snively, racist, preppy a-hole and the film is dope. "COWARDS!"

#4. THE INFORMANT! - Tour de force. Damon carries this picture and it's funny the whole way.

#3. ROUNDERS- "Sorry John, I don't remember." COLOR OF MONEY for the poker generation.

#1. GOOD WILL HUNTING- Damon's greatest accomplishment. If they re-did the 1998 Oscars, I'm pretty sure Damon would beat Jack Nicholson for AS GOOD AS IT GETS (which nobody has watched in fifteen years) in the race for Best Actor. Damon and Ben Affleck did take home the hardware for Best Original Screenplay and it catapulted Damon to A-List status.

Honorable Mention:
The Bourne Series- "Get some rest Pam, you look tired." Like them, but don't love them. Also, is THE BOURNE SUPREMACY sneaky better than THE BOURNE IDENTITY?

Saving Private Ryan/Ocean's Series- As above, great, but, ensembles, not "Damon" movies.


Jay and Silent Bob Strike Back- I would watch GOOD WILL HUNTING 2: HUNTING SEASON


Dishonorable Mention:
The Good Shepherd- Classic story about this film: went to see it in theater with my best friend. We were both incredibly bored/hating everything we were seeing. About a half hour in, two people walk out. Then as the film continues, another couple walks out. Then (spoiler alert), there is a scene where they throw a woman out of an airplane, sans parachute. Well, it was the cherry on top of the horrible movie sundae, and I let out a huge laugh. It caused my friend and others to bust out laughing and then, no joke, at least four more people left theater.
THE GOOD SHEPHERD is straight bad and I will stand by that opinion for the rest of my days.

Please Follow Us On Twitter For Daily Movie News and Links: @NorthSouthFilm
Posted by Dan at 7:52 PM