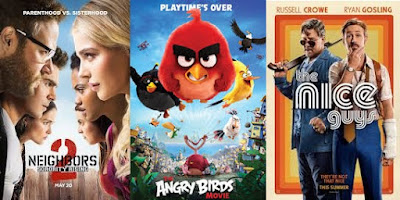 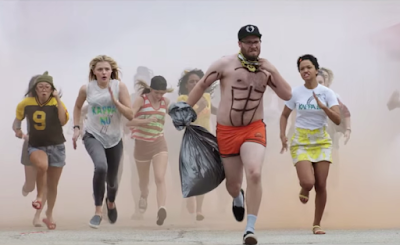 Official Synopsis:
Life is good for Mac Radner (Seth Rogen) and pregnant wife Kelly (Rose Byrne) until the unruly sisters of Kappa Nu move in next door. As the loud parties threaten the sale of their home, the couple turn to ex-neighbor and one-time enemy Teddy Sanders (Zac Efron) for help. Now united with the former college student, the trio devises schemes to get the wild sorority off the block. Unfortunately, the rebellious young women refuse to go down without a fight.

North's Take:
Neighbors was the funniest film of 2014 and the sequel has great potential.
Rogen, Byrne and Efron are back, and along with the sneaky-funny, Chloe Grace Moretz.
They will need the extra firepower to pull off the seemingly impossible task:
a comedy sequel that is better than the original.
You can recycle characters, but once you use jokes over and over, it's a slippery slope.
Don't count on this besting the original, but if it can get to 75% of the funny, I'll be happy.
As for the Best Comedy Sequels Ever, here a quick Top 5:
5. Vegas Vacation (For the record Christmas Vacation is AWFUL!)
4. Ace Ventura: When Nature Calls
3. Wayne's World 2
2. Austin Powers: The Spy Who Shagged Me
1. Back To The Future II (This is probably cheating, but like I said, it's a tough genre) 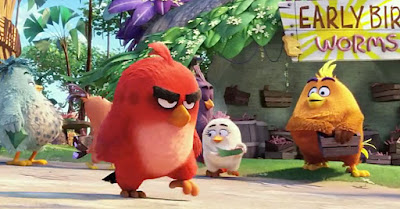 Official Synopsis:
Flightless birds lead a mostly happy existence, except for Red (Jason Sudeikis), who just can't get past the daily annoyances of life. His temperament leads him to anger management class, where he meets fellow misfits Chuck (Josh Gad) and Bomb. Red becomes even more agitated when his feathered brethren welcome green pigs to their island paradise. As the swine begin to get under his skin, Red joins forces with Chuck and Bomb to investigate the real reason behind their mysterious arrival.

North's Take:
The Angry Birds mobile game franchise has hundreds of millions of downloads.
With a built-in audience like that, this film has endless box office potential.
The game itself doesn't have much of scrpit, but that shouldn't matter:
They've brought in some great comedic talent in Jason Sudeikis and Josh Gad.
Gad helped Frozen become an instant classic with his charm.
Sudeikis is hilarious, and has the edge needed to be the angriest bird.
Make no mistake:
This could become your kid's favorite movie. 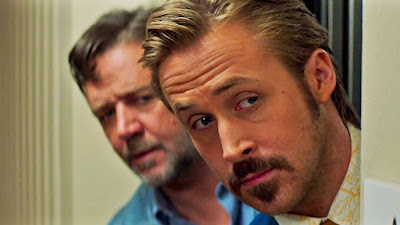 Official Synopsis:
Holland March (Ryan Gosling) is a down-on-his-luck private eye in 1977 Los Angeles. Jackson Healy (Russell Crowe) is a hired enforcer who hurts people for a living. Fate turns them into unlikely partners after a young woman named Amelia (Margaret Qualley) mysteriously disappears. Healy and March soon learn the hard way that other dangerous people are also looking for Amelia. Their investigation leads to some dark places as anyone else who gets involved in the case seems to wind up dead.

North's Take:
Is this the start of the Russell Crowe comeback tour?
In the late 1990s and early 2000s, Crowe was inescapable:
He was nominated for three consecutive Best Actor Oscars, winning for Gladiator.
Aside from playing Superman's Dad, we haven't seen Crowe in a big flick since 2012.
Now he's starring opposite Ryan Gosling in the latest from writer/director Shane Black.
Color me excited.
Shane Black has already done this film successfully.
Multiple times.
Lethal Weapon, The Last Boy Scout, The Long Kiss Goodnight.
Those films show that Black is a master of the violent/dark, but comedic, action genre.
Gosh, he practically invented that genre.
I also really enjoyed what he did with Iron Man 3, so we know Black still has the goods.
If Crowe is back to form and Gosling is still his awesome self, we are in for a real treat.

Thanks For Reading!
Please Follow Us On Twitter For Daily Movie News and Links: @NorthSouthFilm
Posted by Dan at 11:52 AM No comments: 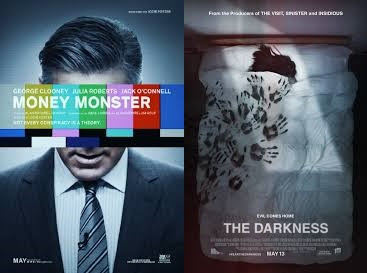 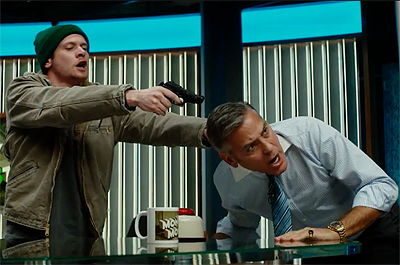 Official Synopsis:
Lee Gates (George Clooney) is a Wall Street guru who picks hot stocks as host of the television show "Money Monster." Suddenly, during a live broadcast, disgruntled investor Kyle Budwell storms onto the set and takes Gates hostage. He tells Lee that he lost everything on one of his tips. As Gates tries to plead with Kyle, he's also using an earpiece to communicate with his longtime producer (Julia Roberts) in the control room. Together, they must figure out a way to defuse the situation and disarm the angry young man.

North's Take:
Clooney.
Roberts.
These are two of the biggest names in film history.
And they obviously have great chemistry.
Throw in the fact that Jodie Foster is directing and you've basically got an all-star team.
Money Monster looks like a thriller in the style of Inside Man (which starred Foster):
Slick looking, with twists and turns all but guaranteed.
I'm hoping that the script can live up to the talent on screen and behind the camera. 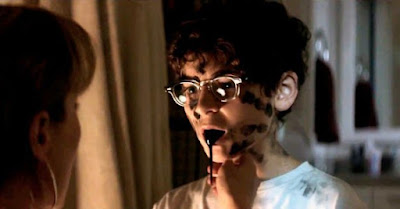 Official Synopsis:
A supernatural force terrorizes a couple (Kevin Bacon, Radha Mitchell) and their two children after they return home from a vacation to the Grand Canyon.

North's Take:
With a synopsis that short, the tagline should be:
"This is a scary movie starring Kevin Bacon."
Here's the trailer.
And here's a quick list of Bacon's Top 5 Performances:
5. A Few Good Men
4. Apollo 13
3. Footloose
2. The River Wild
1. JFK- Willie O'Keefe can play for my squad any day. (Warning: Foul Language!)

Thanks For Reading!
Please Follow Us On Twitter For Daily Movie News and Links: @NorthSouthFilm
Posted by Dan at 12:03 PM No comments: 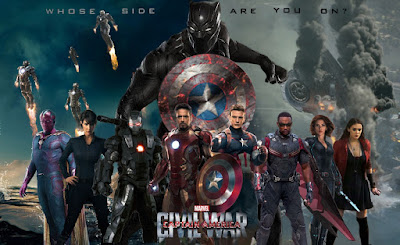 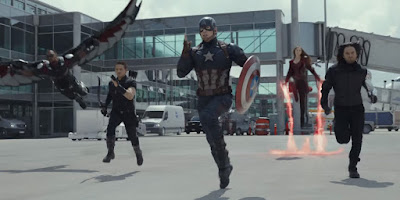 Official Synopsis:
Political pressure mounts to install a system of accountability when the actions of the Avengers lead to collateral damage. The new status quo deeply divides members of the team. Captain America (Chris Evans) believes superheroes should remain free to defend humanity without government interference. Iron Man (Robert Downey Jr.) sharply disagrees and supports oversight. As the debate escalates into an all-out feud, Black Widow (Scarlett Johansson) and Hawkeye (Jeremy Renner) must pick a side.

North's Take:
One year ago we ranked all of the films in the Marvel Cinematic Universe.
Then, all hell broke loose in Avengers: Age of Ultron.
Now, our heroes are splitting into two camps and deciding on career paths:
Via a super-fight.
I don't care what the title of the movie is, I'm Team Iron Man all the way.
Tony Stark has seen the future.
He knows that they must band together for survival, but things can never be that easy.
Captain America isn't exactly pleased with what happened to his best friend.
And suddenly, the world's most perfect soldier doesn't want to follow orders.
I never thought I'd see Tony Stark become the establishment and Cap, the rebel.
But I can't wait to see who is left standing on the big screen!

Thanks For Reading!
Please Follow Us On Twitter For Daily Movie News and Links: @NorthSouthFilm
Posted by Dan at 4:49 PM No comments: