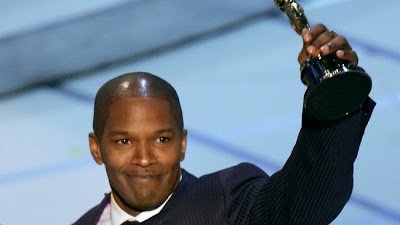 If there is one thing we like to do here at North/South Film, it is argue about movies. In what we are hoping to turn into a more regular posting, The North and I have presented dueling Top 5 (sometimes 10) Lists for Stanley Kubrick, Michael Bay, and just last week, the late director, Tony Scott.

This time around, with the opening of White House Down (the second “Die Hard in the White House” movie of the year – Read my review of the first: Olympus Has Fallen here), we decided to see how the past movies of its star, Jamie Foxx, stacked up. 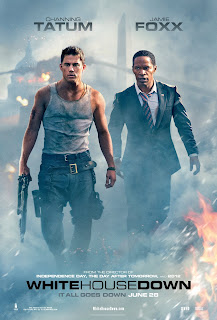 Foxx has a fairly diverse filmography, especially since he began his career almost solely making dumb comedies before radically shifting gears towards more serious fare. Since his big Oscar win a few years ago, he has been in a string of supporting roles in comedies and action films and few failed dramatic turns. With big upcoming roles in The Amazing Spider-Man 2 and the Annie remake, Foxx's varied resume continues to grow.

So without further ado, let’s see how Dan and I rank the films of Jamie Foxx: 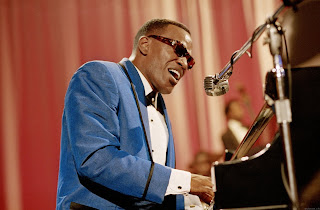 Admittedly, I have only seen this film once all the way through (and for few other scattered minutes when it randomly comes on TV). As much as I love Ray Charles’ music and Jamie Foxx’s amazing performance, it is just not a movie I want to watch repeatedly. I would even go so far as to say that Foxx’s portrayal may be the best of all the musician biopics, but in the end, the movie itself is just another fairly standard entry in bloated genre. Foxx’s performance elevates it just enough to land it on this list.

I love Quentin Tarantino’s films, but I only like his latest effort (which is heartbreaking for me to admit). I think Foxx did a more than adequate job in what, despite the title, was essentially a supporting role (supposedly the reason Will Smith declined it). With a mostly subdued performance, he laregly plays second fiddle to Waltz, DiCaprio, and Sam Jackson. Again, a good film and performance, but neither are great.


The last Oliver Stone film I truly like. Over-the-top and flawed, but fun. And Foxx is right at home as the cocky, but great Steamin’ Willie Beamen. He more than holds his own against the acting super titan that is Al Pacino. I am a sucker for sports movies and this is one of my football favorites. 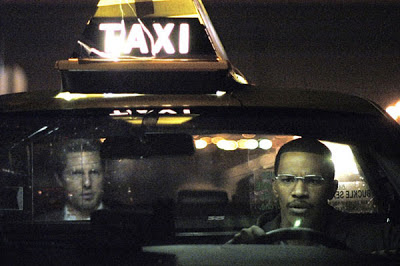 This is a truly great film from Michael Mann. In addition to boasting one of Foxx’s best, most subdued performances, this atmospheric noir-infused flick also houses another great performance from a nearly unrecognizable Tom Cruise. Just a really enjoyable and moody film that I have to revisit once a year or so.

Ali
Really could have been on the list, but since Foxx’s role is relatively small and part of an expansive supporting ensemble to Will Smith’s lead turn as the legendary boxer, I decided to leave it off.

The Kingdom
A decent war-thriller set in the Middle East. I remember liking it, but now years later, cannot really remember much about it. 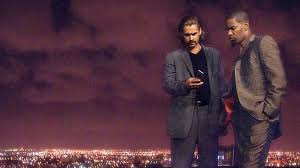 It may not be Michael Mann's best film, but it's still a thrilling action film.
MIAMI VICE was serious and visceral. Mann dumped the neon shirts and the hokeyness and gave us a very good modernization of a dated property. We still got the cool cars and the scantily clad women, but he gave it a gravitas that the television show never possessed. Mann and Foxx worked together again on COLLATERAL, but Chris is the only one of us who loves that movie. I will go to it for the absurdist Tom Cruise comedy aspect, but that's it.

Foxx won a Best Actor Oscar for his portrayal of Ray Charles and rightfully so.
Doing a bio-pic can be tricky business, especially when it's about a beloved musical artist.
However, Foxx garnered the respect of actors and musicians with his ability to recreate Ray Charles.
This role proved to the world that Jamie Foxx was more than just a comedic actor. It may be one of the "dumb comedies" that Chris noted, but I love this movie.
I taped it off a HBO Free Preview weekend when I was like 14 and must have watched it 35 times.
I was always a big fan of "In Living Color" and so I already liked Foxx and Tommy Davidson.
Throw in the amazingly funny and beautiful Vivica A. Fox and you've got a pretty solid flick.
It may not have won him an Oscar, but Foxx's role as funny guy "Bunz" will always have a special place in my heart. Plus, just look at that cover. Instant Classic.

P.S. You think I'm wrong about BOOTY CALL? Guess who else thought it was dope.
Yup, our hero, Roger Ebert gave it 3 Stars Out Of 4. His Full Review Here.
He and Gene Siskel gave it the coveted Two Thumbs Up. So yeah, I know what's up!

Foxx pulled a Patrick Swayze on ANY GIVEN SUNDAY by contributing a song to the soundtrack.
Two, if you count the Steamin' Willie Beamen Song that Chris posted.
ANY GIVEN SUNDAY is Oliver Stone overload.
This is a guy who tried to solve the Kennedy Assassination with one of his films.
Treating a subject like football with all of the same seriousness surprised a lot of people who thought they were going to see a typical sports flick. Oliver Stone doesn't do typical. Pacino is wild and great in this movie and Foxx does well to keep up with him. Love their banter and will definitely reserve the right to watch ANY GIVEN SUNDAY when it pops on TV. You don't know why you love it, but you do. 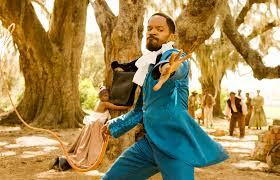 As if there was any doubt.
Foxx teamed with yet another big name director and turned in what I feel will be regarded as a classic film role. I put down most of my thoughts on DJANGO in this post a few months ago.
It's Tarantino going even further than you thought possible.
If people were shocked by his material before, well I hope they're ready to feel uneasy.
I like DJANGO more and more every time I watch it and I thought Foxx really did something with the role. If it had been Will Smith, which was a possibility, the whole thing would have taken on a different context. Foxx gives you laughs with ease while maintaining a serious dark side. It was a challenging role and Foxx answered the call.

Honorable Mention:
WHITE HOUSE DOWN- I just saw it today and it almost made the Top 5. It's a fun romp for sure.

Those are the lists!
Follow Us On Twitter For Daily Movie News: @NorthSouthFilm
Posted by Chris at 1:53 PM